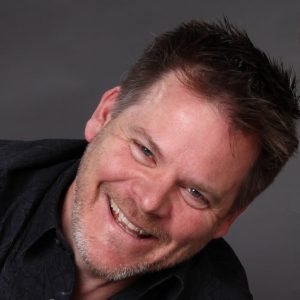 What does an Olympic mixed doubles curling team have to do with the relationships I see in couples therapy in Pasadena? On the surface, these are two wildly different types of relationships, but dig deeper and they have more in common than you might think. Our Olympic curling athletes can teach us all a thing or two about teamwork and communication!

When it comes to Olympic curling, you’ll notice there seems to be a lot of yelling going on. These curlers yell out to each other regularly, and with much intensity! Yet, somehow this yelling seems to be of benefit as they work together to capture gold. It brings up the question, “Is a good relationship one where nobody ever raises their voice?” If you answered yes to this question, then you might be quick to judge the curlers as an unhealthy relationship. Or you might say, “It’s different. It’s a sport.” True. Both curlers have created an expectation and have communicated clearly around their behavior in the sport.

As these curlers scream at one another and raise their voices, they say things like “Curl! It’s got to curl! More! More! CURL!!” But unlike our romantic relationships, they don’t seem to take it personally. Can you imagine? “Would you shut up? I’m curling the best I can! Get off my back!” That would be a quick way to lose gold. But it would be pretty funny!

When a new couple comes into couples therapy in Pasadena and reports they never fight, a red flag goes up. All relationships fight. It’s important. The trick is to fight fair, to fight well, and to take care of each other. The way to do this is to have a strategy and to practice.

This is exactly what our Olympic curling athletes have spent countless hours doing. The sweeper knows exactly what the yelling means. They know that if their partner yells with a certain volume and intensity, they need to sweep, and sweep hard! They’ve planned it out ahead of time and rehearsed it over and over. They strategized and came up with a win-win scenario, ahead of the competition. “Okay, so when I am the one sweeping, and you are staying back and watching, it’s okay to yell at me so that I know how hard I need to sweep. So, yell at a 5 for a medium sweep, and yell at a 10, like really get loud and angry, if I need to sweep as fast as I can. Got it?”

If this is the conversation that the curlers are having together before they step onto the ice, then they have already set realistic expectations, clear communication guidelines, and have an understanding of behavior. Now, they can trust one another to openly speak their mind and understand where the screaming is coming from. They won’t take it personally. They can stay focused on task.

Much like these athletes, our romantic relationships can involve a lot of yelling. But we tend to get into arguments and fight unprepared and without a strategy. We are vulnerable and take things personally. We fight back, we get even, we hurt each other. And over time, these fights can really leave a mark and eventually be too difficult to repair. But if like Olympic curling athletes we could come up with some fundamental ground rules and practice them ahead of time, we could avoid all of this pain. We could fight passionately but with love and care. We could argue and at the same time be loving. It happens! I see it everyday in my marriage counseling in Pasadena office.

So, take action and go for gold in your romantic relationship! Visit our couples therapy and marriage counseling page to learn more about our services. It’s time to communicate clearly, set expectations, and adjust accordingly to create a better relationship with your partner.

Can Couples Fix a Toxic Relationship?

The Dos and Don’ts of Marriage Counseling

The Life You Deserve
The Relationships You Want

California Integrative Therapy (CIT) – a psychotherapy practice with offices in both Pasadena/Los Angeles and Sacramento, CA and serving all of California with online therapy. We believe therapy should include the whole being: body, mind and spirit. CIT was founded by Dr. Chris Tickner, MFT – over 25 years of experience – somatic therapy, trauma therapy, therapy for anxiety, therapy for depression, couples therapy, group therapy.

Get Your Free
Mental Health Toolkit

California Integrative Therapy is a DBA of Tree of Life Healing, Inc.

Click here for information on receiving a Good Faith Estimate

Each week over the next five weeks, you’ll receive simple yet powerful ways to feel better right now.